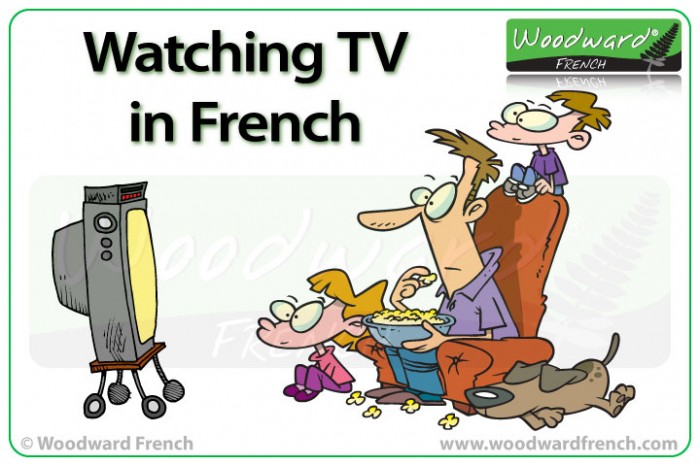 Once my wife and I decided to start learning French, one of the first things we did was look for French language channels on TV. Well, we found one… TV5Monde.

We have been watching a lot of TV5Monde on cable TV. Ok, when I say “watching” what I really mean is that the channel is on with the volume up while we go about doing other things like getting our kids ready for school in the morning or playing around on our tablets. It’s not like we sit there absorbing the content like sponges while we furiously make notes about the things we hear or see. No, we are just accustoming ourselves to the accent, intonations and word stress and maybe pick up some words along the way. Sometimes in the evening we might actually look at the screen and try and get the general gist of things… oh, the subtitles usually help when there are any. 🙂

French words we have learnt from watching TV

Since we are absolute beginners, watching TV in French has been a great way to learn the days of the week: lundi, mardi, mercredi, jeudi, vendredi, samedi, dimanche. These are used to announce upcoming programmes. Fortunately they are similar to the days in Spanish which made them easy for us to recognize.
Along with these days of the week we might come across aujourd’hui (today) or demain (tomorrow). We can now hear (and understand) aujourd’hui easily whenever it is said.

Some of the more specific words that have been repeated a lot over the last couple of weeks, and for reason have stuck in my brain have been:
malade – maladie (sick/ill – disease) – From that ebola virus going around in Africa
cesse-le-feu (ceasefire) – because of what’s “happening” in parts of the world
Maybe not so useful on the street unless for some strange reason I want to ask for a ceasefire if I become sick. (Not even logical)

Something that we have also started doing a bit more frequently is enjoying some of the French movies. They’re not like the special effects laden money-spinning machines that Hollywood spits out. No, these have real characters and believable stories. A nice change.

Once we had found TV5Monde and spent some time watching it, we decided to look for other channels that appear on French National TV (not cable). Unfortunately a lot of the French TV channels we found online were “unavailable in your country”. Yes, I know there are ways to trick the websites using different IPs etc, it’s just something I can’t be bothered investigating and implementing for now.

On the TV5Monde website you can find some GREAT resources specifically aimed at people learning French (which also included a section for teachers).
Just click the Langue française in the top menu and then you can choose between a dictionary (dictionnaire), words and expressions (Mots et expressions), interactive word games (Jeux de lettres interactifs)